As part of my degree programme in languages, the third year is spent abroad, either on a work or study placement. It is undoubtedly the part of the course that students look forward to the most and often describe as ‘the best year of their life’. I have just started my second placement in Porto, but looking back on the first semester I had spent in Madrid, I’m not sure if those are the words I would use. 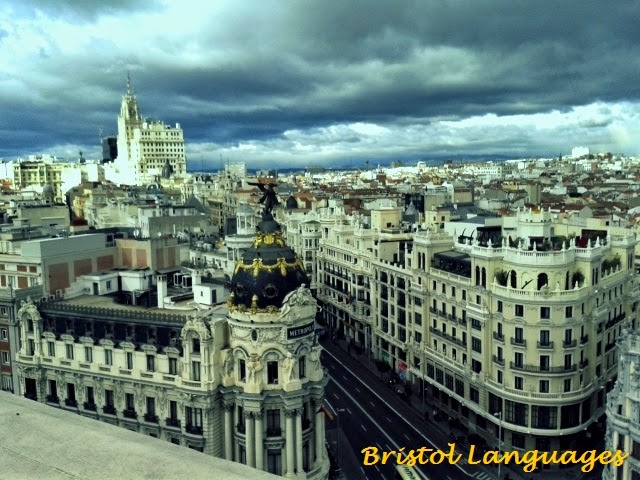 So far, I think my experiences would be better described as an emotional rollercoaster. Moving to a different country all by yourself is both exciting and scary; I have been alternating between feeling like I’m on a neverending holiday to thinking I’ve been sent into exile. There are times when you’re on a trip, exploring a beautiful new place with the sun shining and sipping sangria in the shade of palm trees. But other times you are in your room, on Skype with friends and family, and all of the sudden the magical bubble bursts and you feel more alone than ever. How is it possible to keep falling from one extreme to another?

The truth is, that even though sometimes I feel like packing my suitcase and going home, I wouldn’t change my experience for anything else. Living abroad alone, although sometimes frustrating and confusing, teaches you so much about yourself. You become so much more independent and learn to cope with the strangest, most ridiculous situations life throws at you. I can guarantee that every person who has done the Year Abroad will come back with so many incredible stories. So far, my experiences have included arguing with a Spanish police officer, going on a trip with an old people’s home and having to explain what a kettle is, an invention the Spaniards apparently aren’t familiar with. These things would never happen at home and they really push you out of your comfort zone.

In terms of language practise, being forced to use a foreign language at a daily basis expands your linguistic abilities really quickly. I was really surprised, that although I already had a good level of Spanish, I found myself lacking all the basic vocabulary, such as names of kitchen utensils or other everyday objects. I guess it’s things you don’t usually learn in classes, but once you move abroad they become essential. You’re also forced to think and answer quicker, often being asked things on the spot. I have found that if you hesitate and don’t give the impression of being confident, often people will just speak to you in English or not at all.

Overall, I think it’s important to know that the Year Abroad can be hard, but on the whole it’s a really worthwhile experience. Just studying a foreign language and culture is never the same as actually experiencing it firsthand. I have learnt so much this year, but also realised that sometimes I know very little (I still don’t understand how to make the bed the Portuguese way!). But I think all the struggles of the Year Abroad are worth it in the end, when you get to come back home speaking a foreign language and feeling proud of everything you have achieved.