As the year is officially coming to an end, many of us will reflect on the past twelve months and make plans for the upcoming year. Do you already have a list of New Year’s resolutions? Will you want to learn a new language or improve your skills in 2018? 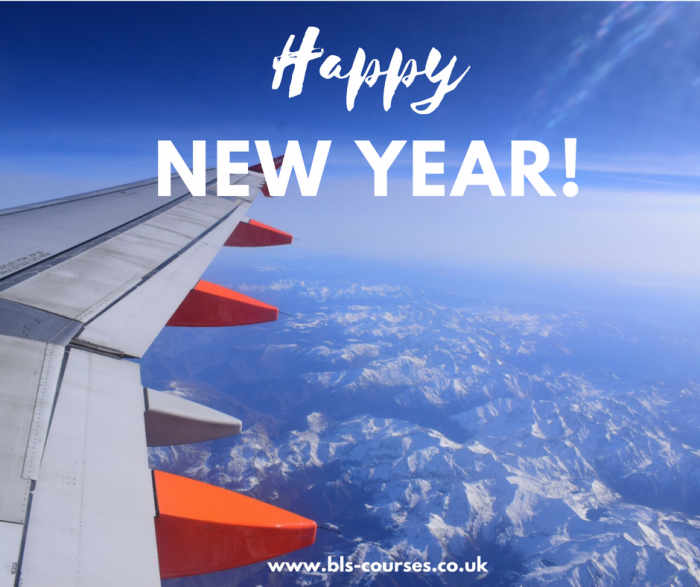 We’ll write our reflections on the past year and our resolutions for the new year next Wednesday, as today we just want to wish you a very Happy New Year! Let it be your best year filled with wisdom, meaningfulness, mindfulness and all the prosperity you can dream of.

With best wishes from Kinga and the BLS Team

Christmas is coming… We hope you’ll have enough time off to relax and enjoy those festive days! Whatever your Christmas plans are, take it easy and have fun. Don’t forget to sing carols and Christmas songs in the languages you’re learning! 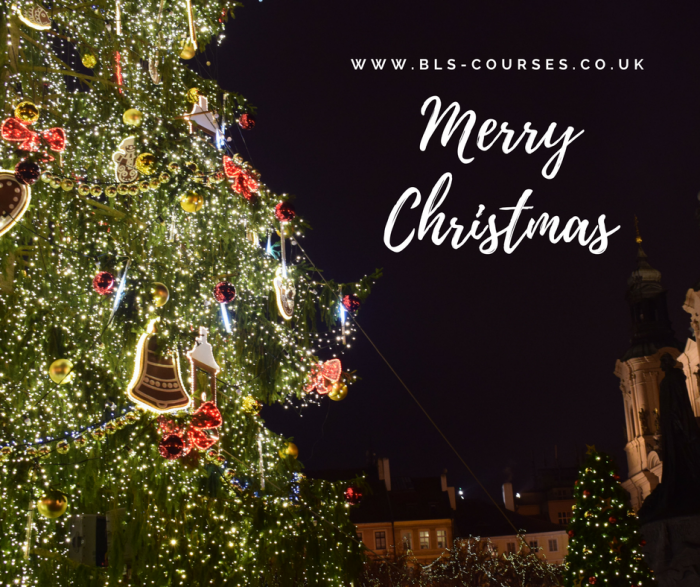 Myself and my colleagues would like to wish you a very Merry Christmas, Joyeux Noël, Fröhliche Weihnachten, Feliz Navidad,  Veselé Vánoce or Wesołych Świąt. We hope that you enjoy your festive break!

Cafés in Prague are spectacular. Keep reading to find out why. 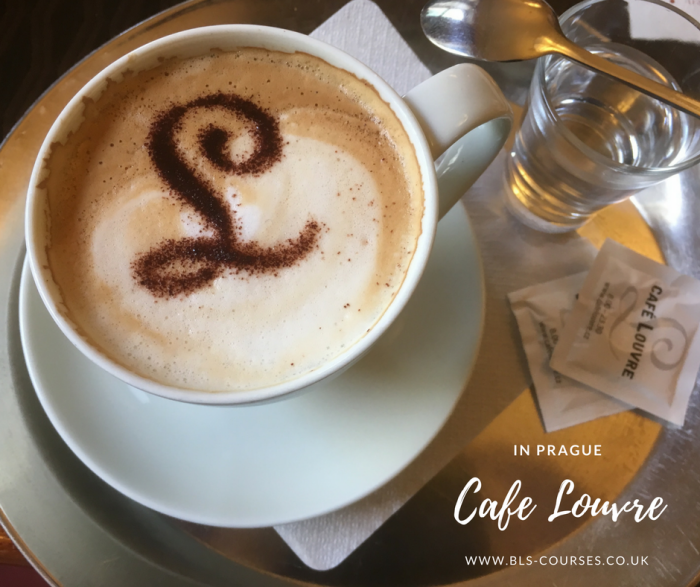 The whole experience from the moment you enter to this large, elegant space, the way you’re greeted, the surrounding beautiful interior design, the taste of coffee, the high standard of waitressing… Be aware that there is a smoking and a non-smoking area. 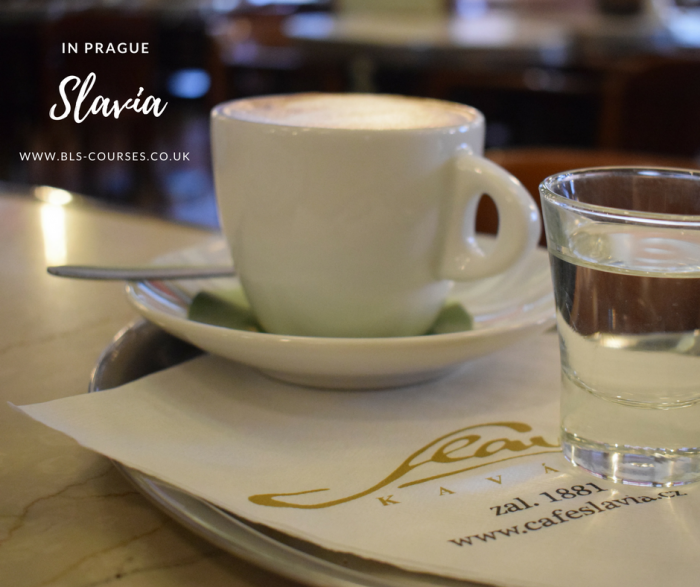 The best coffee. It’s beautifully served and tastes just wonderful. My favourite spot was by the window with the view of the National Theatre Národní divadlo and passing trams. One of the best known cafes in Prague, but still not too crowded. Be aware that there is a smoking and a non-smoking area. 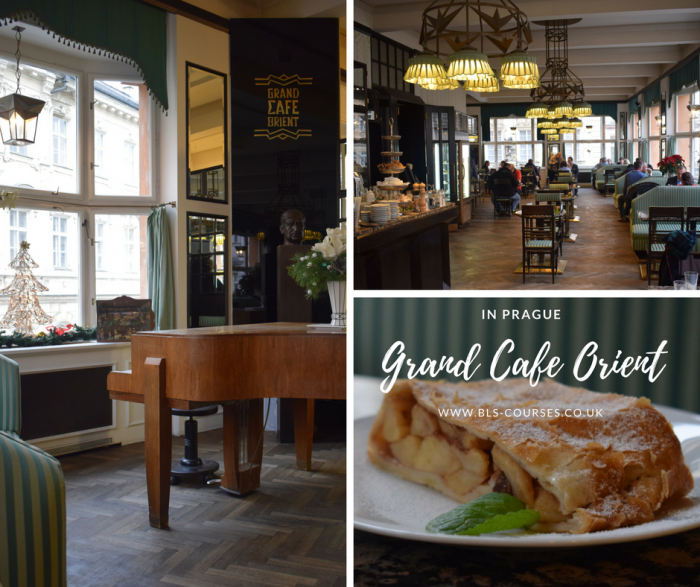 Two words: cubist interior. And the best sweets (my favourite is kubistický věneček). Sit down on the striped sofa and enjoy the moment! 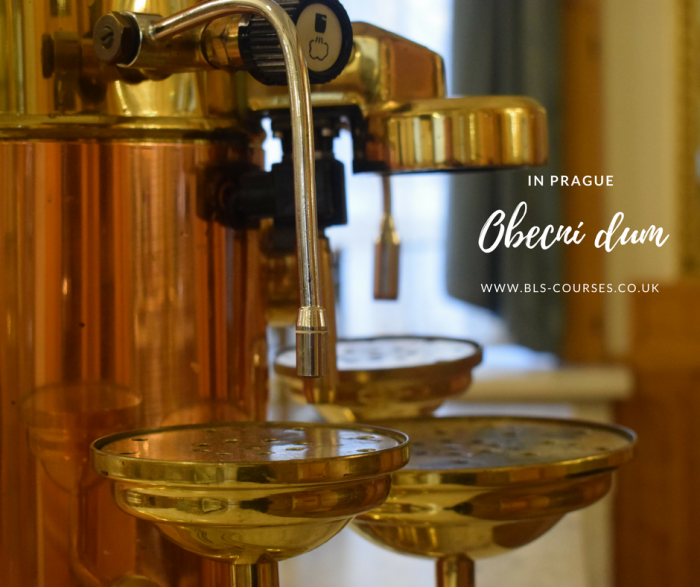 The best service. And the moving trolley with scrumptious cakes is cute. The grand Art Nouveau interior is truly breath-taking. 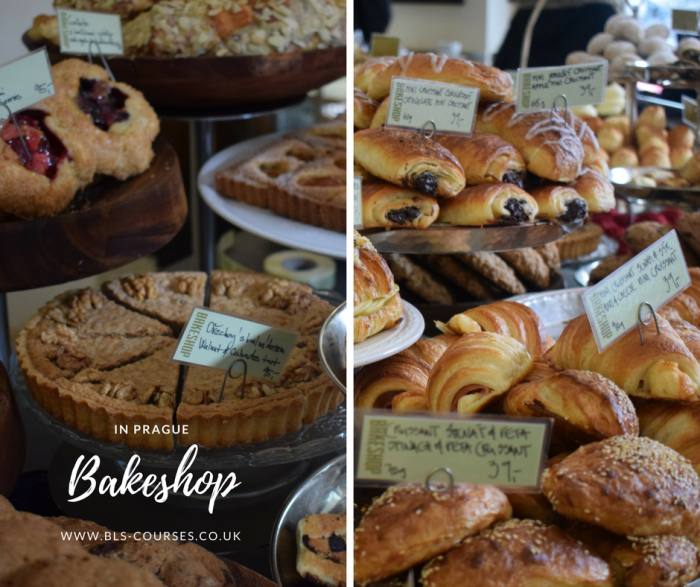 Amazing food (and the choice of it!). If you miss speaking English and want to have a nice breakfast/lunch, that’s the place to go!

Have you been to Prague? What were your favourite cafes? Please share in the comments below.

Beauty and Style: Facts about the Arabic Language and How to Learn It

Arabic is one of the five most spoken languages in the world.  It is spoken by around 422 million people and is the native language of over 200 million people in the geographical region stretching from Southwest Asia to Northwest Africa, also known as the Arab World.  Arabic is the official language of the 22 countries of the Arab League and it is the language of prayer of 1.7 billion Muslims, as it is the language in which the Qur’an القرآن, the Holy Book of Islam, was revealed.  It is also one of the six official languages of the United Nations.  In the UK, one per cent of the adult population can hold a basic conversation in Arabic. 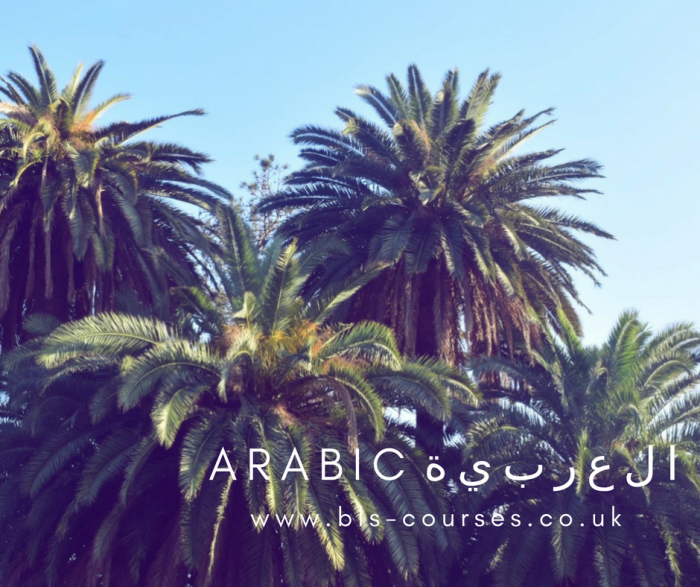 Arabic has influenced many languages throughout its history.  During the Middle Ages, Literary Arabic was a major vehicle of culture in Europe, especially in science, mathematics and philosophy.  As a result, many European languages have also borrowed words from it, mainly Portuguese and Spanish (approximately 4000 words).  English too has words borrowed from Arabic, typically words starting with “al” (“the”) such as “alchemy”, “algorithm”, “algebra”, “alcohol”, “algebra”, “alkaline”.  The Arabic numerals (0,1,2,3, etc.) are also used all over the world now.  Arabic has also borrowed words from other languages including Greek and Persian in medieval times, and contemporary European languages such as English and French in modern times.

Arabic has different forms depending on the context in which it’s used.  The “formal” Arabic language, known as الفصحى, Fus-ha (elegant or clear language), Classical Arabic and sometimes Literary Arabic or Qur’anic Arabic is the language in which the Qur’an is written and is the base of Arabic grammar rules. It is the recognized language of literacy across the Arabic speaking world.

Modern Standard Arabic, or MSA, is derived from the language of the Qur’an but is easier than Classical Arabic. It’s understood across the Arab world and used by the media, government, in works of modern Arabic literature and in the workplace.  It is taught in schools and universities and is used to teach Arabic as a foreign language. Modern Standard Arabic largely follows the grammatical standards of Qur’anic Arabic and uses a lot of the same vocabulary.  However, some grammatical constructions and vocabulary that no longer exist the spoken varieties are no longer used.

Arabic developed through an oral and poetic tradition that flourished in the Arabian Peninsula before the emergence of Islam and a codified Arabic script.  “Spoken” Arabic, ‘Aamiya, has many forms and varies from country to country, even town to town. While roughly four major regional dialects of Arabic are spoken in the Arab world, many different variants can even be found within one country. The four regional dialects are: Maghreb Arabic (North Africa), Egyptian Arabic (Egypt and the Sudan), Levantine Arabic (Lebanon, Syria, Jordan and Palestine/Palestinians in Israel), and Iraqi/Gulf Arabic.  These dialects are so different from one another that speakers of different varieties may not be able to understand each other.  They will be able to communicate in Modern Standard Arabic instead.

How the language works

Arabic is written from right to left, in cursive (joined-up) script.  Sometimes, especially with the advent of computers and mobile telephony, its spoken varieties are written using the Latin alphabet and from left-to-right, using non-standard spelling.  There are 18 distinct letter shapes in the Arabic alphabet.  The shapes vary slightly depending on whether they are connected to another letter before or after them.  There are no capital letters.  The full alphabet of 28 letters is created by placing various combinations of dots above or below some of these shapes.  A single dot, added by mistake, can make a certain word mean something completely different – so be careful!  The Arabic language uses the same punctuation marks and rules as English, but some of the symbols are inverted, such as the comma (،), or reversed, like the question mark (؟).

After Khalil ibn Ahmad al Farahidi set down the Arabic script around 786, many styles were developed, both for writing down the Qur’an and other books, and for inscriptions on monuments as decoration.  There are several styles of script, such as naskh, which is used in print and by computers, and ruq’ah, which is commonly used in handwriting.  Arabic calligraphy is still considered a major art form. Its composition is often abstract, but sometimes the writing is made into a shape such as an animal.

Arabic constructs words from a basic root of (usually) three letters, based on a semantic field. For example, words with the “k-t-b” root will always be the base of words that have the semantic field of “writing”, such as “kitāb”, “a book”, “maktab”, “a desk or office”, “katabtu”, “I wrote”.[1]  Words in Arabic dictionaries are normally listed under their three-letter roots. So, you would look for “istiqbāl” (“reception”) under “q” because the root letters are q-b-l. Getting used to this takes a little practice but it is not particularly difficult because additions to the roots follow set patterns. It becomes easier to memorise vocabulary once you understand the concept behind a particular root. Knowing a root unlocks the door to knowing the various words derived from it.

In Arabic word order, the verb comes first.  To say, “the boy eats the apple” you should say “eat the boy the apple”: اكل الولد التفاحة [akala al walado attofaha].

Nouns in Literary Arabic have three grammatical cases (nominative, accusative, and genitive); three numbers (singular, dual and plural); two genders (masculine and feminine); and three “states” (indefinite, definite, and construct).  Adjectives come after the noun, rather than before as in English: السيارة الحمراء [assayara alhamra”a], “the red car”, literally “the car red”.

Can I learn Arabic?

These four lessons give an idea of what is involved in learning to read and write Arabic: Lesson One ; Lesson Two ; Lesson Three ; Lesson Four .

Where can I learn Arabic?

You can learn Arabic at Bristol Language School.  We offer one-to-one and group lessons at all levels.

You can also get more information on learning Arabic and links to resources/a bibliography on the Al Bab (The Door) website.  For more about reading and writing Arabic, see: Learning the alphabet.  This animated version of the alphabet also shows how to move the pen when writing the letters.

There is also quite a bit of information on the BBC website, including key phrases and the Arabic alphabet, as well as some videos to help you learn.  The BBC World Service is also available in Arabic so you can use it to practise.  If it’s the basics you’re looking for, check out this key word resource and this free online Arabic dictionary.