Learning a Language: A Fast and Efficient Way to Learn and Remember More Vocabulary

There are quite a few techniques you can use to help you learn and remember vocabulary in a new language.  In a previous post, we explored how to remember words by associating them with an image in your mind.  In this post, we look at how to associate words with other words to help you understand new words and remember them too.  You can associate words through their spelling – how they look – or their sound. 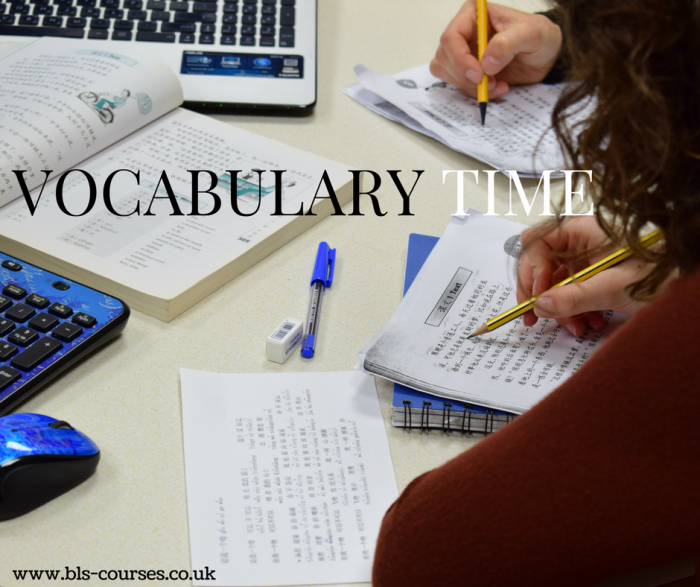 The type of association we are going to look at is recognising cognates. Cognates are words in different languages that have the same linguistic root.  If you know a word in one language, it is likely that you will recognise and understand a cognate word in another language.  For example, the English word ‘father’, is cognate with the German word of the same meaning ‘Vater’ and the Latin word ‘pater’.  Learning to pick up on these words is a good way to expand your vocabulary in the language that you are learning.  It is a quick way to learn a lot of vocabulary, and can save you memory space for learning words that are not related to ones you know and therefore more difficult to remember!  Even words that do not have the same meaning but have similar meanings can help you remember them.  For example, ‘fiume’ in Italian, that means ‘river’, looks and sounds a bit like the English word ‘flume’, so you can remember that it has something to do with water and flowing… a river!

For English speakers, recognising cognates can be an efficient way of learning words in languages related to German and French, because English vocabulary draws heavily from both of those languages.  That means that an English speaker might recognize cognates from the Romance languages (e.g. Spanish, French, Italian, Portuguese and Romanian) as well as Germanic languages (e.g. German, Dutch, Flemish, and Danish).  English shares a lot of cognate words with Romance languages because many of the words in these languages have Latin or Greek roots.  For example, the Greek term ‘astir’, ‘star’, gave rise to ‘astronomy’ and ‘astronaut’, that are ‘astronomía’ and ‘astronauta’ in Spanish.  This can even be the case in languages that seem opaque to English speakers at first glance.  Polish, for example, has a lot of words with Latin and Greek roots, such as ‘cenzura’ (‘censorship’), ‘epidemia’ (‘epidemic’) and ‘katastrofa’ (‘catastrophe’).  Read more about Latin and Greek cognates in this teaching resource (it discusses using cognates to help Spanish speakers learn English but the principle is the same for English speakers learning Spanish).  The resource also gives a useful list of Spanish/English cognates.

Another easy way to learn more vocabulary in a new language is to recognise words that have been directly or partially ‘borrowed’ from another language.  Asian languages like Korean, Chinese or Japanese may have fewer Latin/Greek/German derived cognates with English than Romance languages do, but what they do have are ‘borrowings’ from English.  Sometimes they will be direct loan words with no change, or they will have been changed slightly to fit in with that language’s system.  This can include changing the meaning of the English word, creating new phrases using English words that do not exist in English or abbreviating an English word where abbreviated versions do not exist in English.  This can of course occur in European languages as well: there are lots of English loan words in German, for example, such as ‘Party’, ‘Baby’, ‘Basement’ and in Polish, such as ‘grejpfrut’ (‘grapefruit’) and ‘ksero’ (‘photocopier’ (from ‘Xerox’)).  Italians use them too, such as ‘una fiction’ which means a TV drama.

How to learn new vocabulary through recognising cognates

When you are reading a text in the language you are learning, circle all the words you think could be cognates of your first language or other languages you know.  Look these up to confirm their meaning.  Look at the differences as well as the similarities between the words (spelling, pronunciation).  Write lists of cognates that share a common prefix, e.g. ‘kurs’ (‘course’), ‘kurier’ (‘courier’), ‘kursor’ (‘cursor’), ‘kursywa’ (‘cursive’) in Polish, or a common theme, e.g. ‘grafico’ (‘graph’), ‘fotografo’ (‘photographer’), ‘fotografia’ (‘photograph’), ‘fonografo’ (‘phonograph’), ‘iconografia’ (‘iconography’), ‘monografia’ (‘monograph’), ‘autografo’ (‘autograph’), ‘calligrafia’ (‘calligraphy’) in Italian (the theme is ‘writing’, ‘-graphos’ (Greek)).  Of course, this grouping exercise also works with cognates within languages.  For example, when you know that ‘high’ or ‘tall’ in Polish is ‘wysoki’ and that words ending in ‘ość’ usually mean -ness or -dom, you can work out that ‘wysokość’ is ‘height’.  Similarly, you know that ‘żyć’ means ‘to live’, so you can remember that ‘życie’ is ‘life’ and ‘żywy’ is the adjective ‘living’.  Finally, you know that ‘sen’ is ‘sleep’, so you can work out that ‘senny’ means ‘sleepy’.

What to watch out for

Sometimes, cognates can share one meaning but the cognate in your new language might have another meaning as well.  For example, asistir in Spanish means to assist but also to attend.  Watch out for these and try to remember the additional meaning as well.  There are also false cognates, that look the same or similar but have different meanings, such as the word ‘embarazada’ in Spanish that means ‘pregnant’, rather than ‘embarrassed’.  There are many more true cognates than there are false cognates, though, so learning cognates is always useful.

Enjoy putting this trick to good use and see your vocabulary grow!

Travelling Corner: Why CAMPING is cool!

I’ve tried hotels, hostels & BnBs and I must admit camping is definitely my favourite. I find camping the best option for accommodation when travelling in summer (or to warmer countries). While recently camping, I thought about why I prefer camping over other types of accommodation. Below are my thoughts on why I find camping so great: 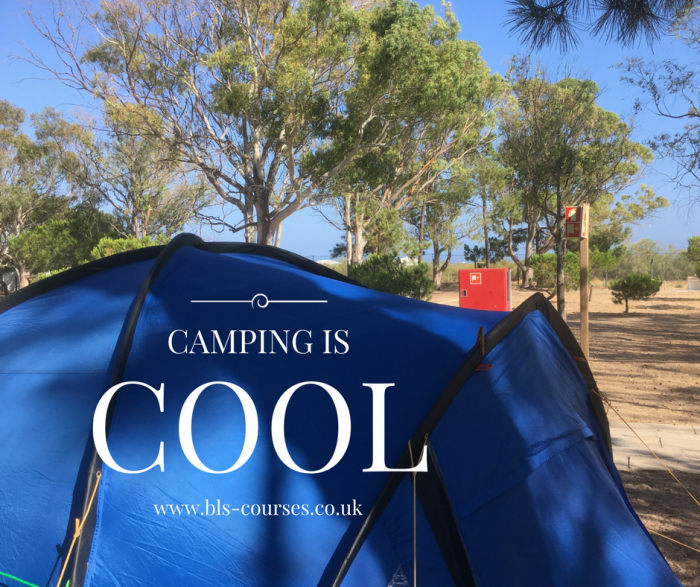 Close to nature—yes, you can spend practically the whole day outside breathing fresh air, surrounded by trees (and sometimes mosquitoes); 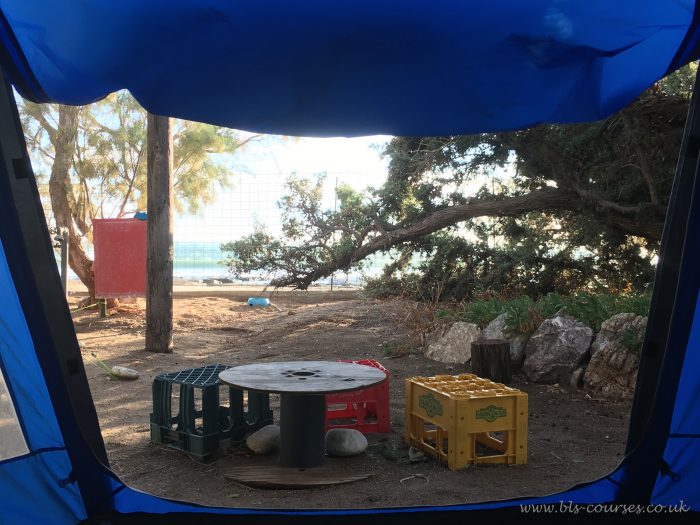 Flexibility & freedom—you have your home (tent) on your back, you can stay wherever you like and very often no advance booking is needed (especially outside the UK): you simply arrive & stay; 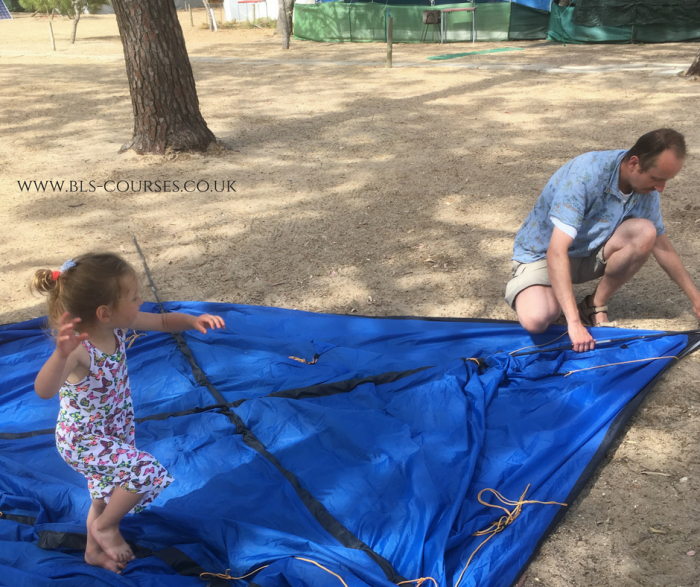 Beautiful & calm surrounding—campsites are very often situated outside towns & cities, near the sea, a lake, a river or in the mountains: the perfect location; 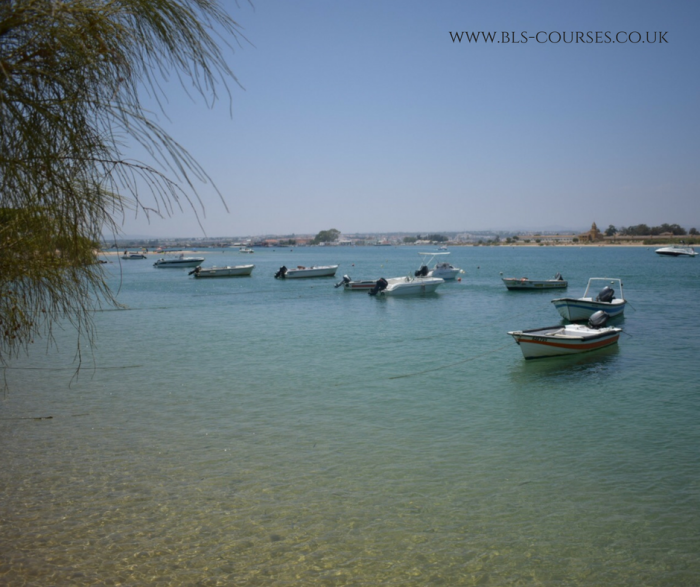 Simple conditions—I have to say that camping is not a 5-star hotel: there is normally no Internet (or there might be Internet in designated areas only), there is often no hot water, toilets are shared, you have to get used to survival sleeping conditions (it’s not the softest or most comfortable bed), you have limited luggage (if you’re taking your tent, sleeping bags, mats and cooking accessories then there is not much space left for your clothes, shoes or cosmetics); 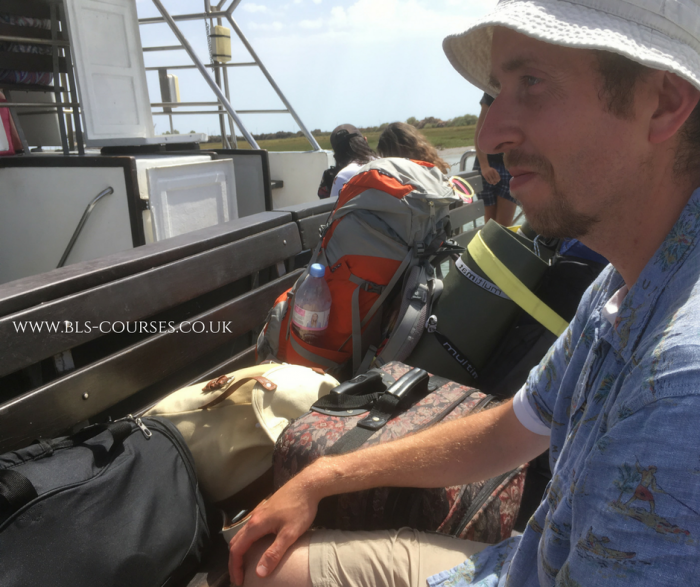 Simple life—you completely change your daily routine: you go to bed with the cicadas and wake up with the birds, you cook your meals in one pot, read books under a tree and follow your own desires; 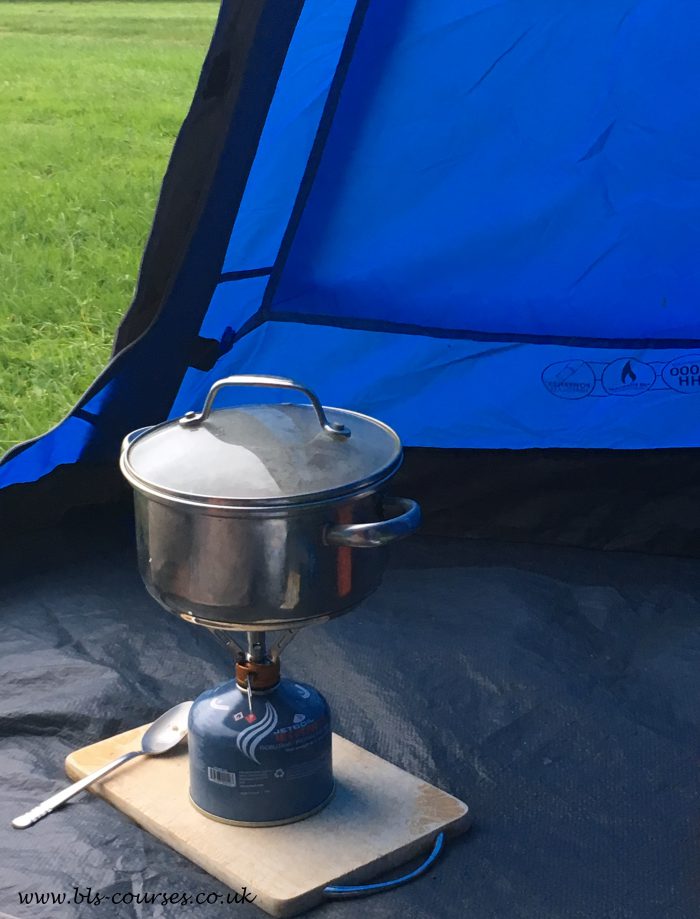 Easy to socialise & experience a multicultural atmosphere—it’s easy to make friends and meet people from around the world (I often make friends with people I don’t share a common language with, through the power of gesture & smile! 🙂 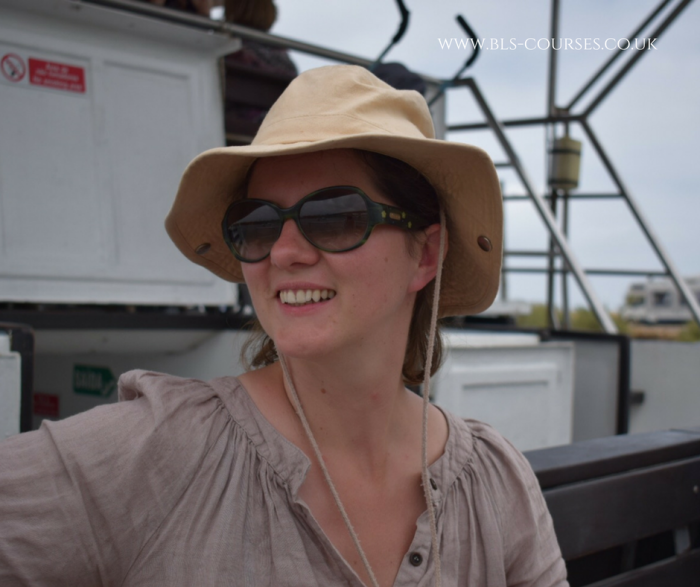 Do you go camping? Why do you find it so cool?

A masterpiece. This is an excellent reading companion to Lisbon; it is rich, powerful and beautiful. It tries to answer existential questions by exploring one’s life and soul, our ancestors and socio-political influence. The philosophical side of the book gives new dimensions to meaning and offers understanding of our behaviours, decisions and desires – conversation and debate is defined as a “meeting of minds” rather than just “talking” (p.137). The story shows that it’s far from easy to live in the moment, start a new life or follow one’s heart. Difficult to put down. Highly recommended! 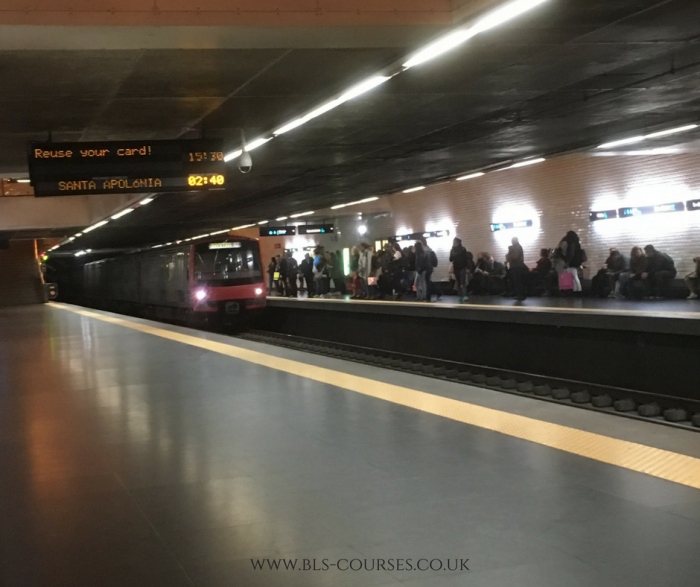 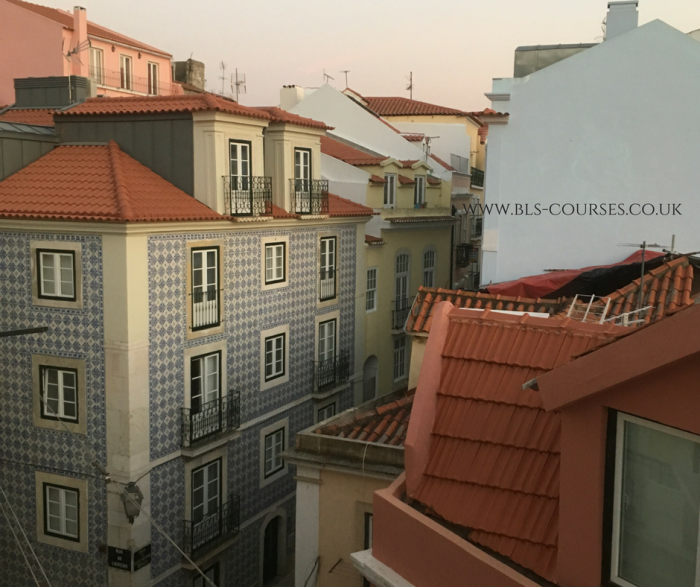 What would you recommend as a reading companion when travelling to Lisbon? Please leave your recommendations in the comments below.

As you remember, we introduced a new series of blog posts where we teach you some useful phrases in different languages. Sounds amazing? And it’s FRENCH today! 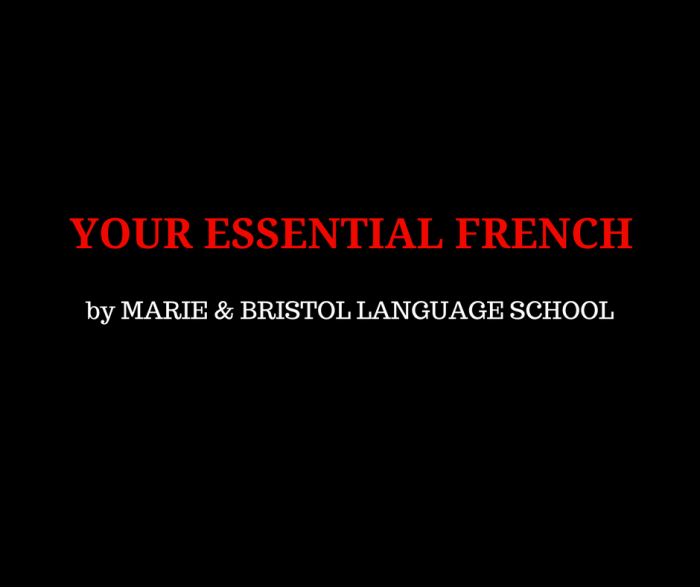 Are you planning your summer holiday in the south of France? Do you travel frequently to Paris? Do you dream of exploring French-speaking Africa? If so, we would like you to taste & learn some essential French first. Below you’ll find a list of useful phrases in French (greetings, polite phrases, closed question words, numerals and simple questions & sentences). We also video recorded Marie, our French tutor, to help you with reading, pronunciation and accent (also available on YouTube). We hope you enjoy this series and that you’ll come and learn French with us! Good luck! 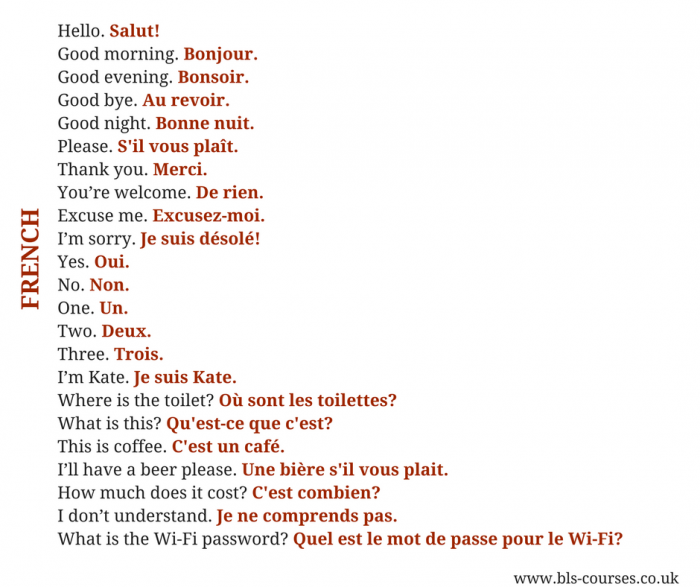